Turnout for this summer's weekly nighttime street rides has been excellent beyond all expectations, and this week DBZ even got Cult to throw down for a sponsorship! We hit six iconic Portland spots and awarded prize packages at the end of the night. 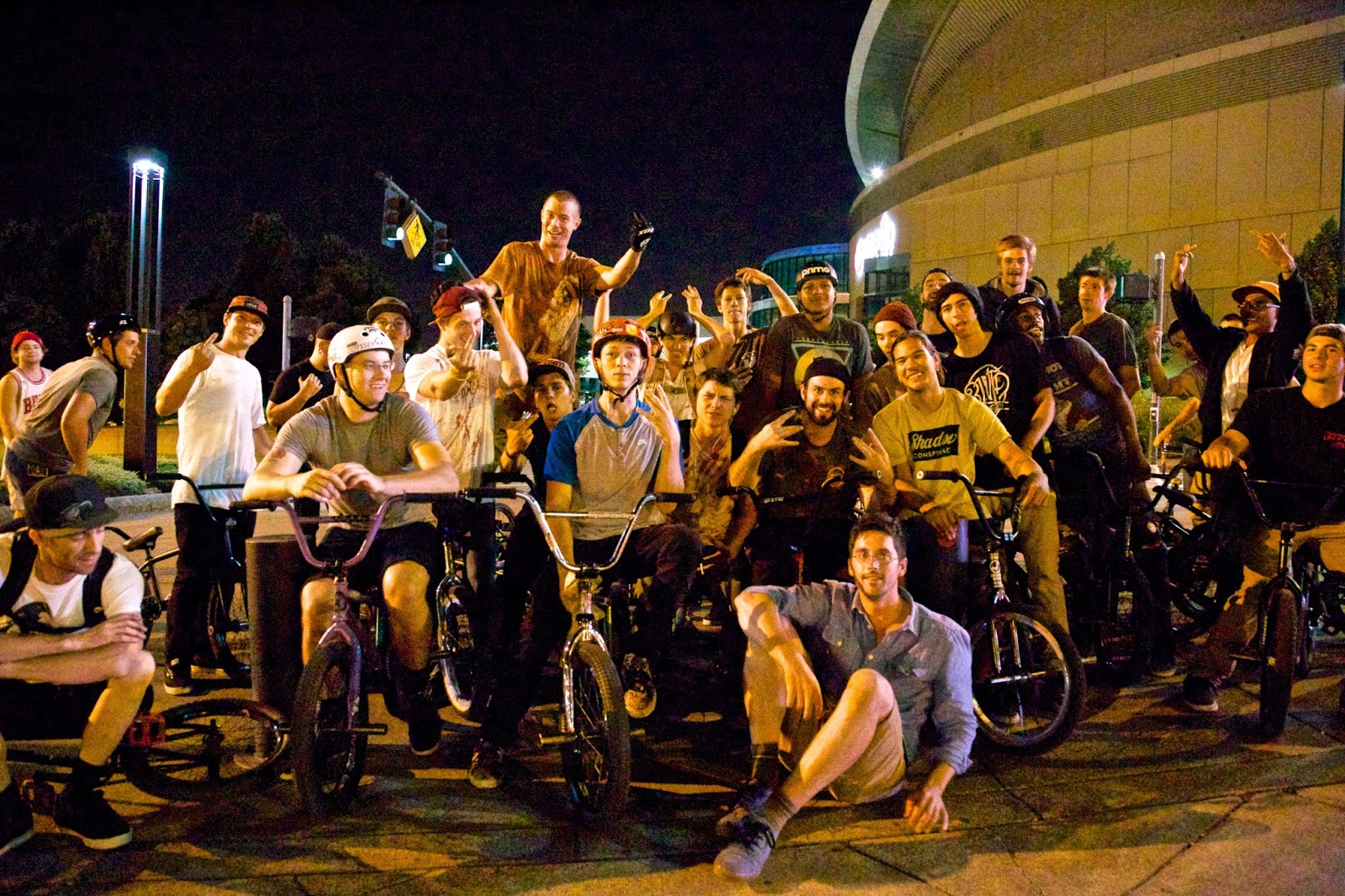 1st: Thaddeus. He iced the Harriet Tubman rail, grinded all the way across the PepsiCo big ledge in the dark, and grinded up 90% of the 14-stepper at Benson Technical. He also hopped the big Benson rail and bushes into the hillside.
2nd: Nate. He no-handed the Rose Quarter nine-stair and pulled a clean ice-to-nose-to-bar at PepsiCo.
3rd: Zane. He rode non-stop all night, putting freecoaster and all four pegs to full use. He got the best line of the night at the PepsiCo ledges: feeble-180 into a straight 20-foot rollback down the sidewalk, to fakie double-peg. I didn't get a single pic of Zane, since everything he did was a line.
MVP went to Draven. He was riding with a bum hand and took the hardest slam of the evening right off the bat, going OTB on an icepick at Harriet Tubman. Draven also railhopped the Rose Quarter nine.

This was my first time shooting "action sports" with a DSLR. Here are the best pics. 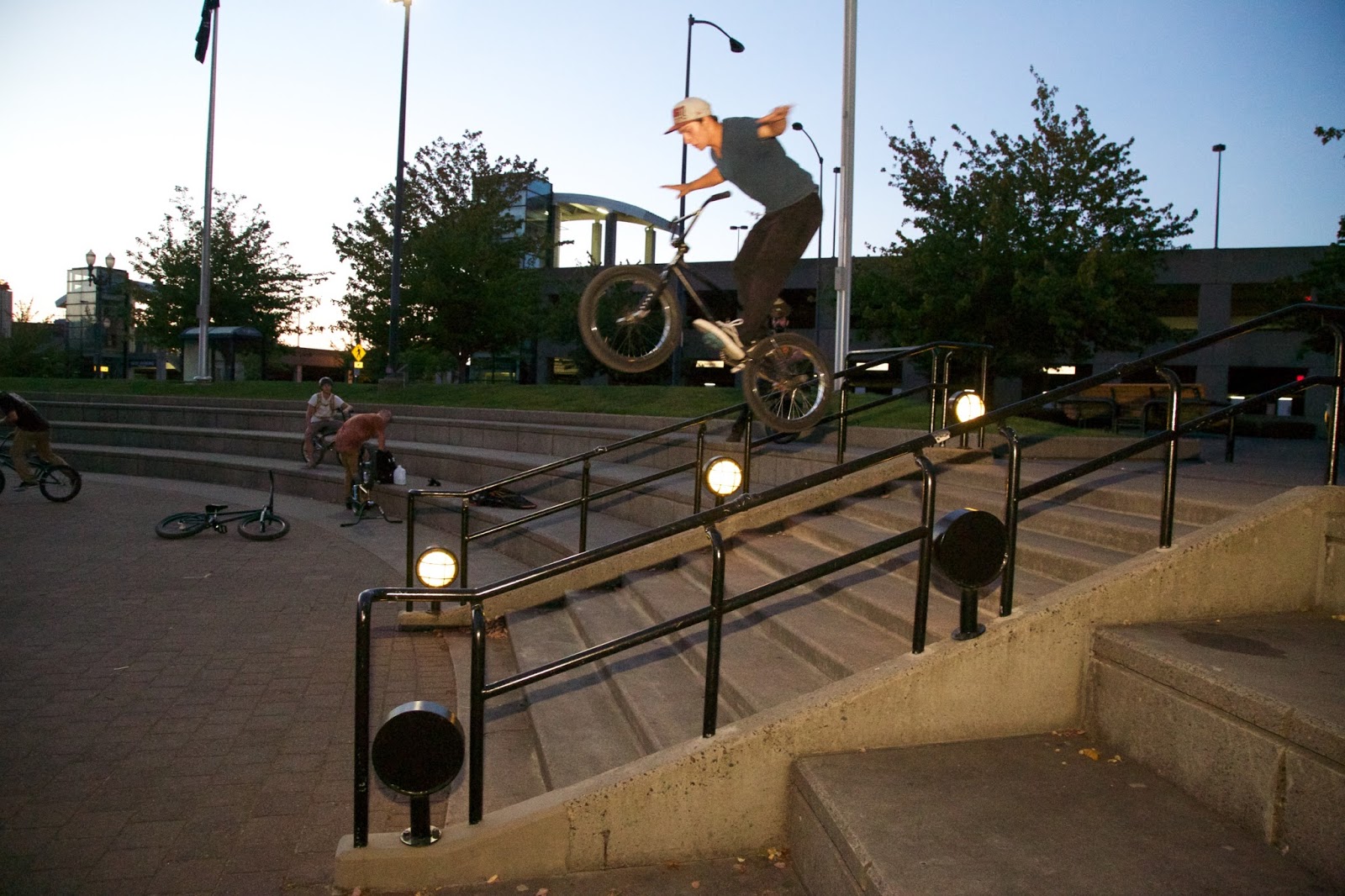 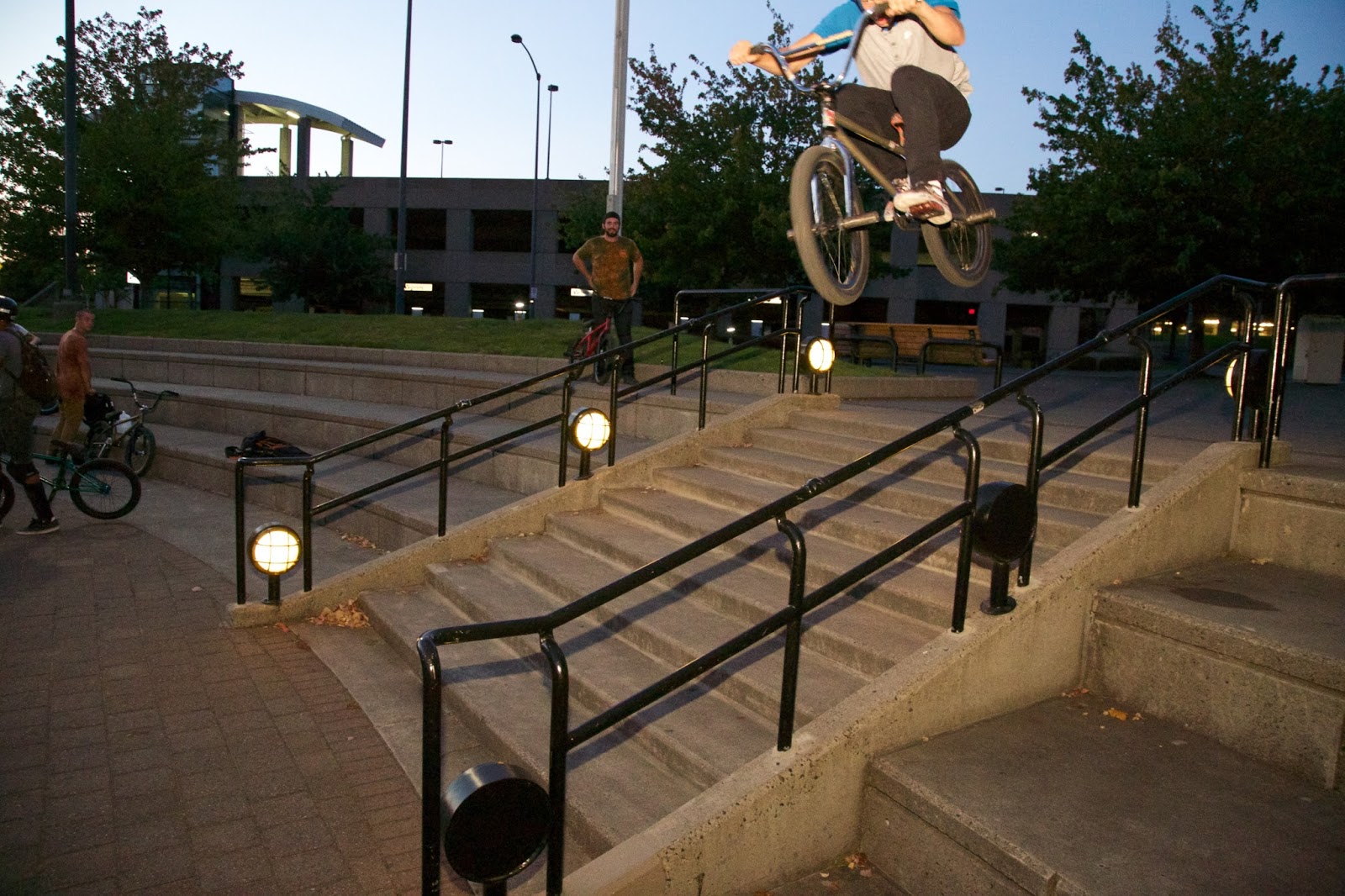 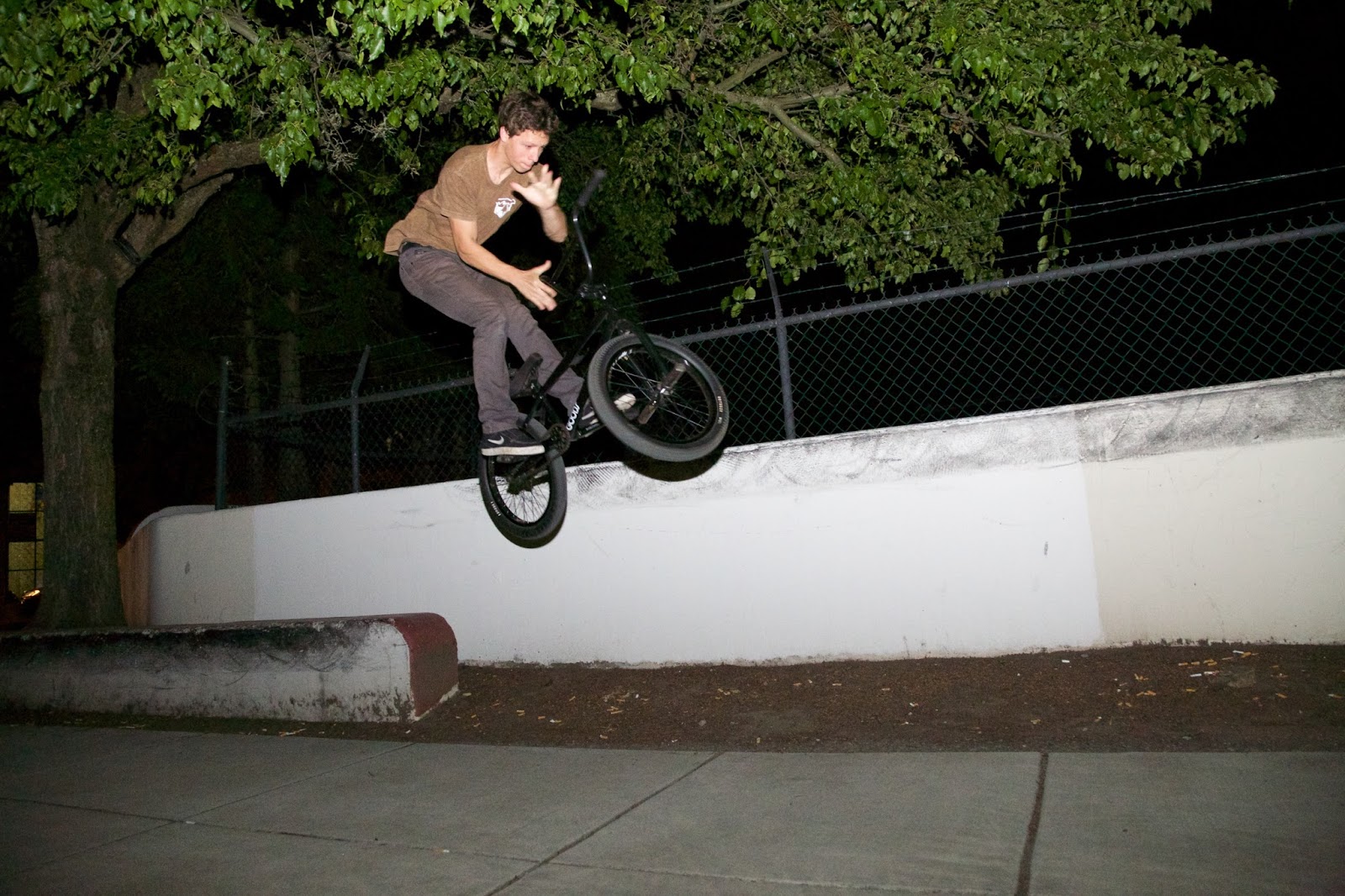 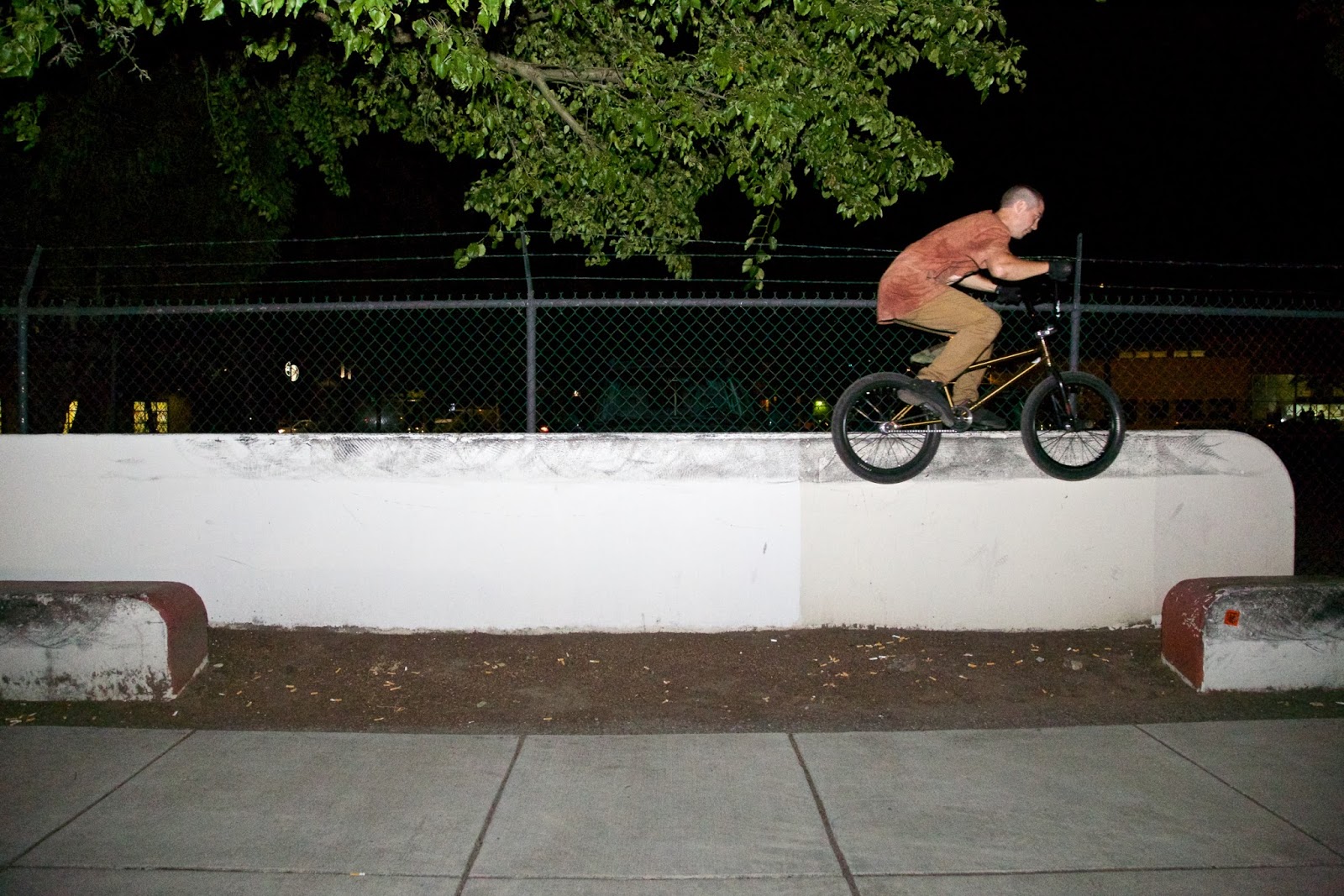 Thaddeus grinding across the entire channel at PepsiCo in pitch black 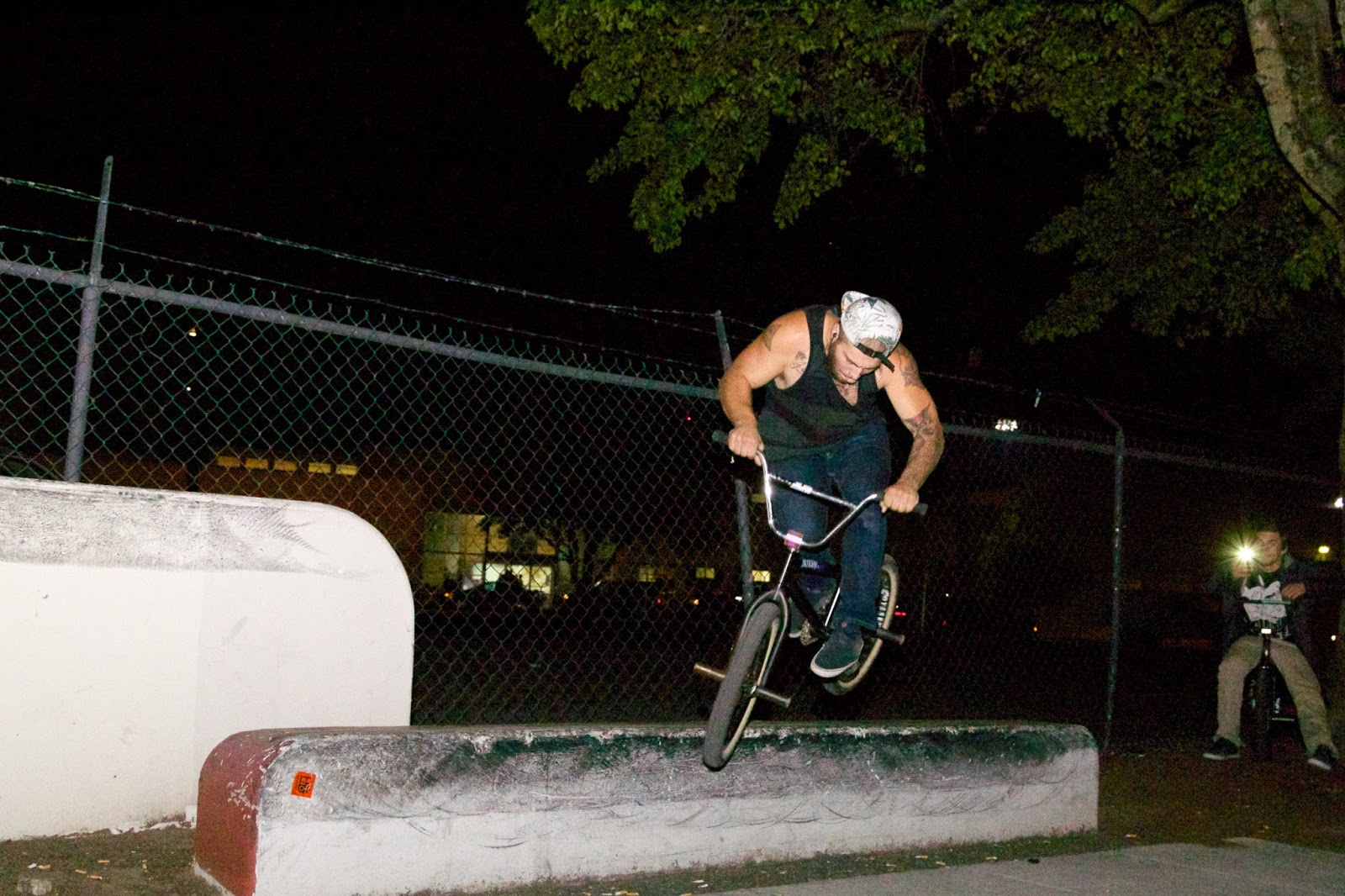 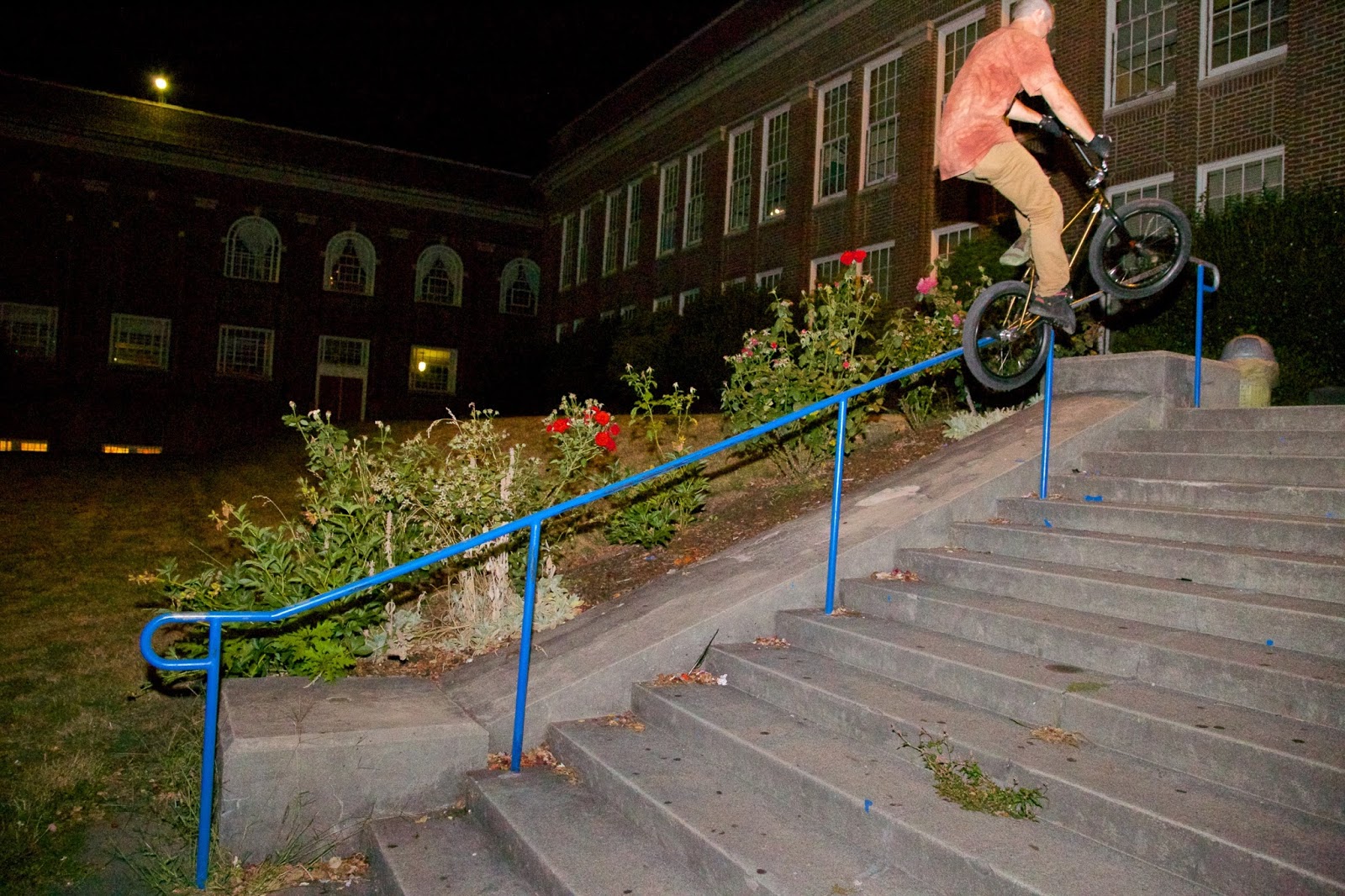 Thaddeus grinding up most of the Benson Technical 14

A million thanks to Robbie at Cult and everyone who showed up. See you guys next Tuesday at 9pm.