Since his return to Portland in early June, our good friend Caleb Evenson has (as previously mentioned) been living out of a nondescript minivan, parked on various Southeast neighborhood streets. 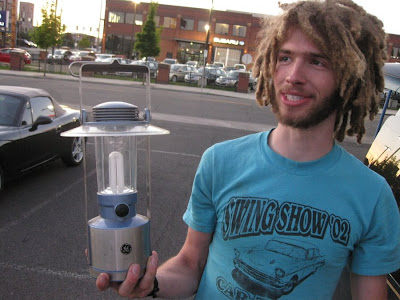 He was rooming at DBZ's in December, when a surprise rent increase effectively evicted the entire household. The unemployed South Dakota native returned to the family farm to work, save, fire out a semester of college, and outfit his future home on wheels.
Caleb traces his love for the minivan to a storied 1994 Plymouth Voyager that accumulated 212,000 miles and two cracked blocks before being laid to rest. This one, a 94 Dodge Caravan with 105k, is "just a baby, practically," he says.
Caleb intends to find employment at some point, and then housing. Until then, he seems to be living rather comfortably on about five dollars a day (he estimates), showering at friends' houses. I crossed paths with Caleb at the June bmx video night, and we shot these photos: 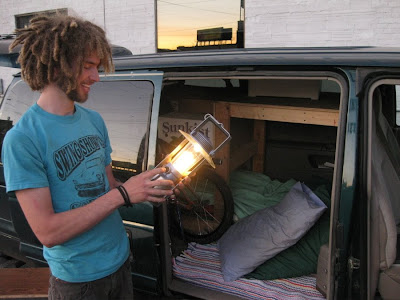 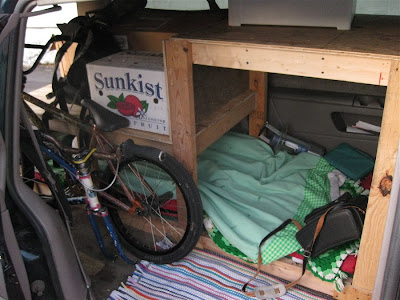 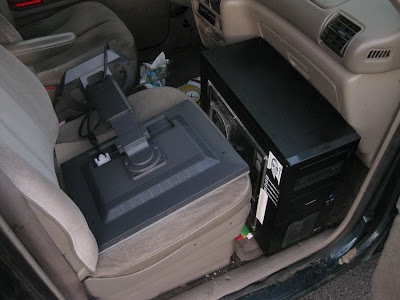 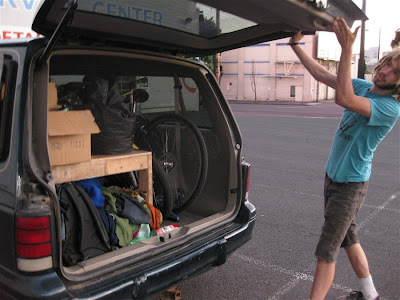 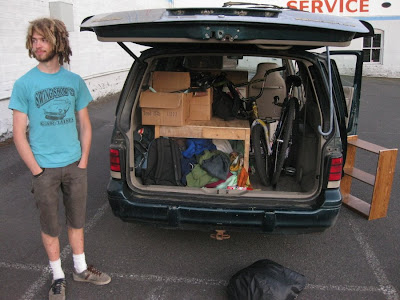 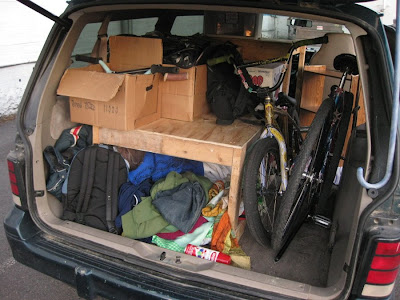 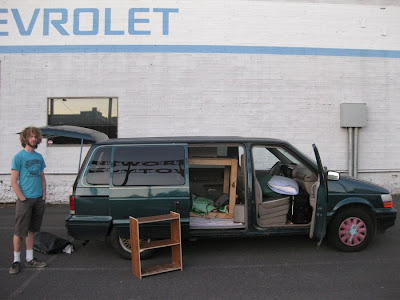