Been working on this for a while. New video of our beloved daughter Markie, eighteen months old.

Click the button in the bottom right to go full-screen... 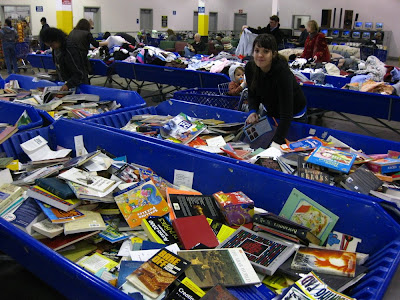 In earlier chapters of my life, I spent a lot of hours here. Visited last night for the first time in a while and shot some photos, something I've wanted to do for years.

"The Bins" is the colloquial name for the massive Goodwill outlet store just beyond Portland's southern border. It's where items that fail to sell in the store get a last shot before being routed to the third world as a corporate tax write-off. You rummage through the blue bins and pay for most items by the pound. It's just the kind of rare, cool, grimy, authentic place that can never stay unknown for long. For Portlanders, the place is old news, but I've not heard of another place like it anywhere. Up until a few years ago, the facilities were housed in a comically run-down warehouse, with a permanent homeless encampment on the banks of the creek that ran by the parking lot.

The new location shares the same pricing structure, but gone is much of the original charm: it's safe, well lit, clean(er), and organized. Still, it's an unusual place, worth visiting for people-watching or occasional good deals.

Books go fifty cents a paperback, a dollar for hardbound. That price seems steep to me, because not five years ago, the prices were half that. Here, Jaime digs for kids' books. It's mostly just Bibles, cookbooks, textbooks, Danielle Steele, and John Grisham. But good stuff trickles through. 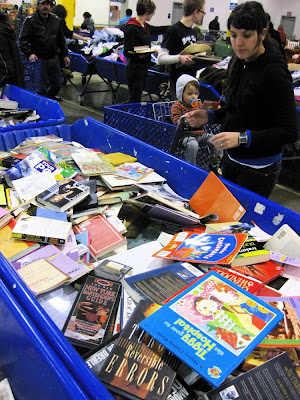 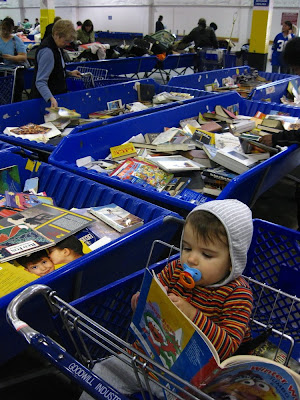 After a while, the bin is removed and another is wheeled in, sort of like turning a compost heap. Folks line up in anticipation... 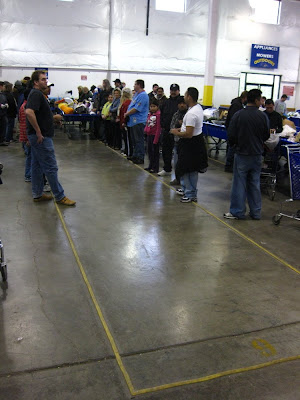 ... Then start throwing elbows. Pretty weak photos, I admit. But they're the only photos I've ever seen, since cameras aren't allowed inside. 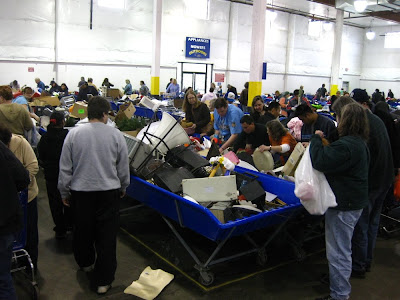 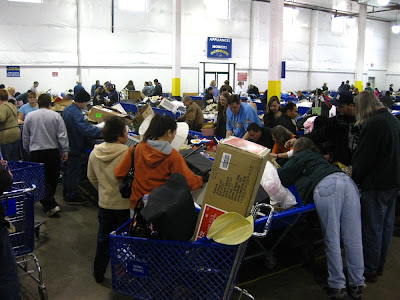 Many hardcore shoppers seem to be immigrants, looking for scores that can be flipped for a profit. Some come every day. I've never taken it too seriously as a place for necessities (What do I need anyway?), but my cousin Paul and I were, for a time, obsessed with hoarding other people's personal ephemora: photos, journals, home movies, letters, etc. Last time I moved away from Portland, I took two full cardboard boxes filled with the lives of people I'd never met. Eventually I took the time to weed through it, photographed everything, jettisoned all but the meatiest pieces. I think I sent someone's orthodontic retainer to bmxboarder DBZ in the mail. Paul still possesses, to the best of my knowledge, probably the most impressive score: a private vhs sex tape of two homely biker wives.

Looking for that kind of junk was always a pretty relaxed venture, just sifting through the detritus.

For a decade now, the fellow below has been the arch-nemesis of the record collectors in my family. A regular fixture at the Bins, he gathers up all the desirable vinyl in the entire building, loads his cart, and then listens to each album on a portable record player brought from home. According to family musical authority Gary Kyle and his sidekick, my uncle Tim, the guy makes no purchase decisions until listening to every last item in his cart. 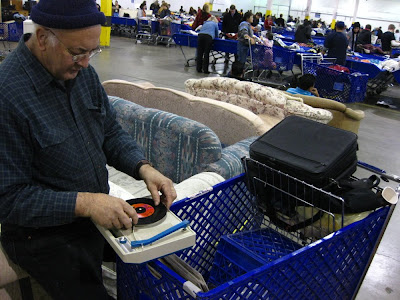 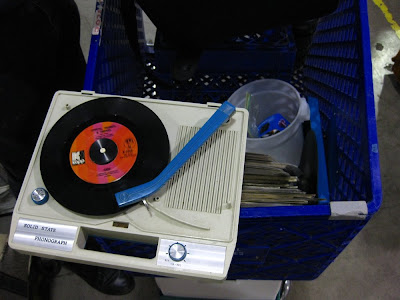 I don't know if he's a businessman or recreational collector. But it seems like kind of a dreamy life to me. He didn't mind having his picture taken.

Mainstream media coverage here, some interesting reviews on Yelp.com, and a blog post from my cousin Connor.
6 comments: