The wide, winding industrial corridor that runs along the St Louis riverfront is pocked with dozens of odd little isolated residential spaces. A typical micro-hood might consist of just a single block of run-down domestic structures, flanked on all horizons by cyclone fencing, smokestacks, and grandfather zoning clauses.

During last summer's visit, Dad and I were on just such an urban sightseeing outing, when we happened upon what appeared to be a freight train cutting past a row of homes, directly through their tiny front yards.

We found it a baffling, inconceivable sight, and the rest of our day was infused with a sober feeling of wonder. Back at Mom and Dad's, I googled away furiously but could find absolutely no reference to front yard train tracks, in St Louis or anywhere.

So, a few days later I returned to photograph the scene and talk to residents, and I wrote up a little article, which I submitted to the RFT. But I didn't have an existing freelancer's agreement with them, or the seasonal time peg was getting tight... For whatever reason, suffice it to say, I didn't hear back, and the piece never ran.

But it's a unique story, and a piece of St Louis history that I'm proud to have documented. Here it is. 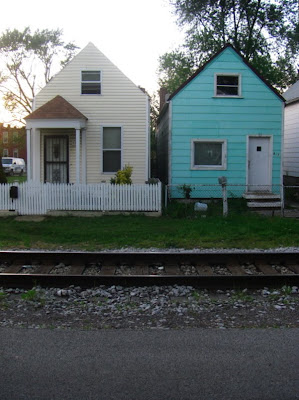 On Antelope Street
It could probably be said that the shotgun homes on Antelope Street were never intended to last a hundred years. The Baden neighborhood houses were built for railroad and factory workers in an era when plumbing and insulated walls were regarded as luxuries, but over the past century, residents have maintained and improved the structures, adding on bathrooms, installing ductwork for heating and central air, and covering peeling lead paint with vinyl siding. The trees have grown up tall and sturdy. Perhaps the only things that have not changed are the railroad tracks cutting squarely across their front lawns, and the freight trains that rumble through their yards every day.

Homeowner Amber McClain, 25, stands barefoot in the leafy shade, hands on hips. She says, nodding toward the tracks, “People come over, they ask, 'Are those active?' Yeah, they're active!”

Husband Dan, 26, crouches to assist their one-year-old, Vance, toddling in the grass. “Sometimes,” he says, “a train comes through at thirty miles an hour, and I'm like Slow the eff down!” The tracks bend smoothly into view from the North, thread through the front yards for two blocks, and then abruptly whip South again. Dan continues, “They gotta slam on their brakes right there, 'cause it's such a sharp turn.”

The only space for cars is beyond the tracks and across the street. Amber recalls a recent time that she was unloading groceries with her mother-in-law, when they heard the train approaching. The conductor saw them frantically hurrying, and he politely brought the train to a stop. Says Amber, “He was like, 'Go ahead, finish what you're doin'.'”

Says Dan, “Usually if it's a regular one, he'll toot the horn, we'll wave.”

“Loud Mouth honks his horn all the way down, Ding Dong just rings his bell,” jokes Dolly Osborne, 75, recalling some of the regulars.

A train rolling through at proper speed might take twenty minutes to pass; other times, trains will freeze on the tracks for hours at a time. “You gotta crawl over or under them,” says Erin Thurber, 42, shrugging her shoulders. For what it's worth, she says she tries to be careful. Thurber has never been late fork work.

“They sit there and park for hours,” chimes in Erin's boyfriend John Skilker, 45, gesturing with his blue-kozied Busch Light. “What if there was an emergency? We can't make the railroad do a damn thing.”

Dan McClain points out the fire hydrants, all located beyond the tracks and across the street. “There's nothing emergency vehicles could do,” he says. 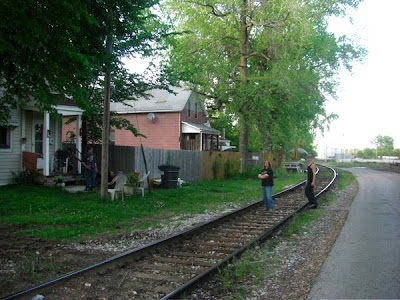 According to Dolly Osborne, who has lived here since the 1970's (and who at one time owned as many as three of the homes on Antelope), there remains an unfulfilled commitment from the railroad to relocate the tracks. “They're supposed to be fifty feet,” she says. “That ain't no fifty feet.” From front door to tracks looks about half that distance.

John Spilker dismisses the notion. “I doubt the railroad's gonna do a damn thing,” he says.

In the late nineties, Antelope residents had the privilege of witnessing a full derailment in their front yards. Ron Fry, 43, a longtime Antelope resident now living in Sparta, Tennessee, was with his son in the living room when it began. “We heard this real bad noise, a grinding and banging. Then I saw [through the windows] that the train was off the track, and it was moving fast. I told my little boy 'Run, run to the back of the house!'” The cars piled up on both sides of the track in a scene of utter chaos. Ron describes freight cars driven into the ground, “embedded” and “buried” in the dirt.

The Railroad acted quickly, sending out an expert crew with specialized heavy equipment. “They took up all the track, all the ties, replaced the whole thing,” says Fry. “Worked all night long. Next day they had the train up and running.”

A lamppost was knocked down, and the street had to be repaved, but no one was injured in the accident. Fry claims to remember a local boy losing both legs to a train sometime in the 1950's, and another man who was killed, (“My grandfather had to shovel him off the tracks,” he says) but recalls no human injury in recent decades.

A deep groove cut into the ties by a broken axle is visible today, running the entire length of the block--a reminder of the statistical inevitability of mechanical failure. 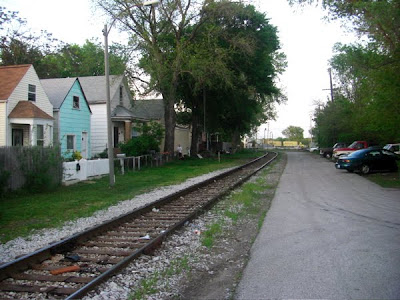 Residents do criticize the railroad companies constantly, but at times it's clear they regard living with the tracks as a sort of privilege.

“I actually kind of like it a little bit,” Spilker says thoughtfully, smiling as he puffs a menthol cigarette. He quips, “Had that earthquake a while back, just figured it was a train!”

“I enjoy it,” says Amber McClain. “We don't care till the whistle blows at 1 am... Only thing that concerns me is when the boxcars come by--I worry that some hobo is gonna' jump off the train and steal my baby.” She laughs and then mentions the time two train-hopping stowaways happened to disembark on Antelope. Dolly Osborne invited them in and hosted the young travelers for two weeks.

“They didn't have anywhere to go, and Dolly will take anything in. She's the type to take in strays,” says Erin Thurber.

Osborne explains, “They was running away from home, but they was alright. Everybody got along good... They had a little puppy... I think they just needed to get away.” Osborne and her daughter managed to get in touch with the girl's parents. “We took 'em back to Chicago,” she says, “and their parents came down from Michigan and got 'em.”

Erin Thurber tells of a time another unusual train came through. “We heard a funny horn and came out.” Passing by was the Barnum & Bailey Circus. “It was a special yellow train, and it had all their equipment. We were waving and one guy flipped us off. You could smell the animals.” 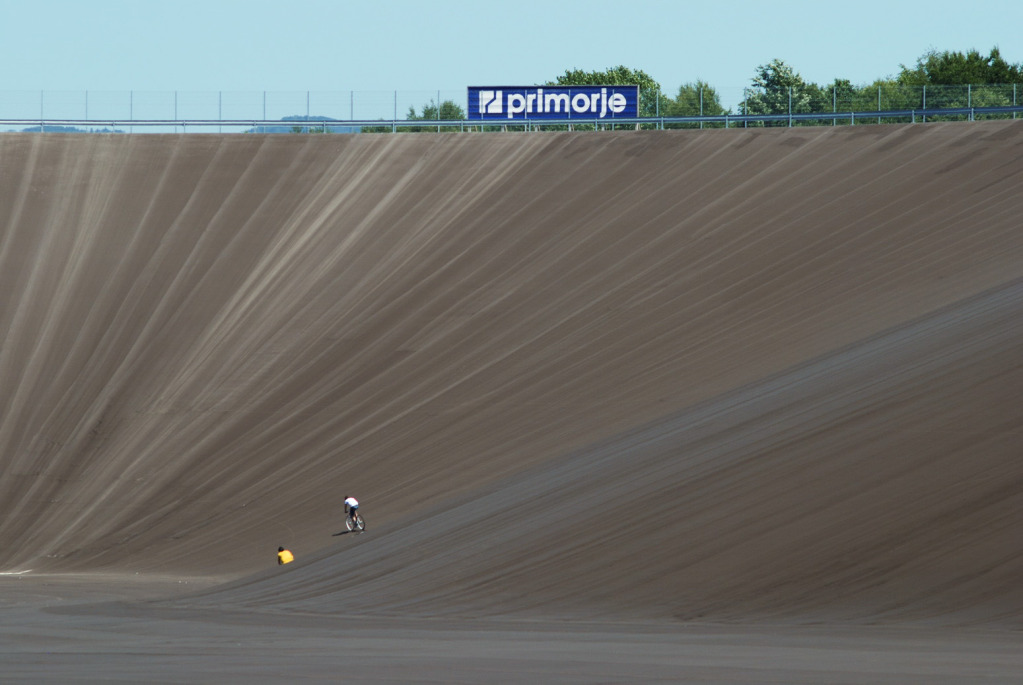 You probably saw the fantastic pics of this gigantic hydroelectric reservoir posted on that Slovenian fixie blog back in June. For the record, I'm not so much annoyed by the fixed gear gnar-dog antics , as I am jealous of their amazing spot. (Though I confess that I did chuckle at the bmx bullies tearing up the comments section.)

With nothing original to add, I refrained from blogging about it.

Yesterday, however, I saw the spot again, featured in a YouTube video on the Skate & Annoy blog, and decided to make a quick post.

Suffice it to say, if you dislike William Spencer, you're going to hate Almir Jusovic. (I adore them both.)