Yesterday, as an alternative to dealing with scattered showers and slippery pedals, I went out with my camera and a cup of coffee to photograph some spots around my new hood that, to my knowledge, have never been approached by a bike. I post these images for two reasons:

1: The simple pleasure of spotting an obstacle and picking out lines.
2: The fantasy of seeing these spots taken care of by another, better, ballsier bike rider. Both these spots are in the Portland suburb of Oregon City. Hit me up if you need help finding them.

Gap, over the rail and across the chasm. Definitely do-able, just a matter of speed and commitment. Decent runway and landing, all things considered. 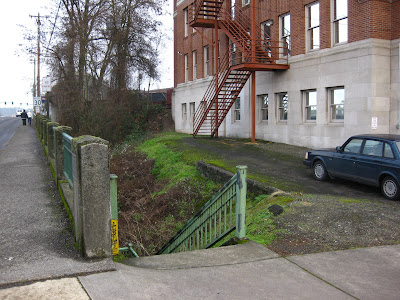 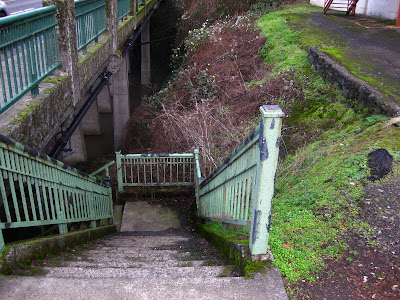 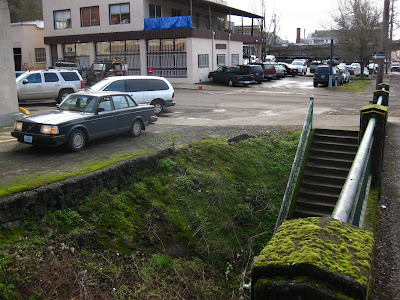 If, instead of hucking the gap, you were to descend the stairs... 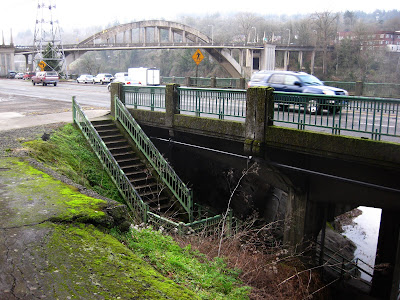 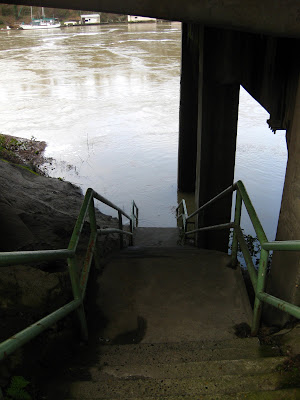 ...you'd find yourself in the Willamette river. 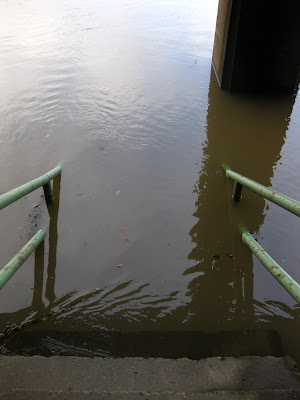 Never seen this setup before. Grinding into the water appears physically impossible at first glance, due to the right turn at the top of the stairs and the monstrous dimensions of the rail. But I think there's a chance. Examine the picture below. See that little flat platform halfway up the middle stage? There's actually more than a bike length for run-up, and the rail is just over axle high there. It's possible. A second cool line would be to drop from the pipe into the bank and hop both rails into the river. 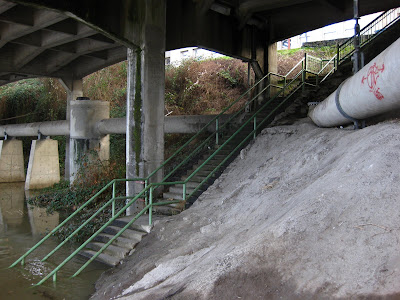 Next location: ledges. Get your steel pegs.

Seventeen steps, thigh high. I'll probably go back and hit this myself on a dry day. Gap to ledge ride to gap across the walkway into the shrubbery. This ledge on its own wouldn't warrant a blog post. But it's got a little brother around the corner... 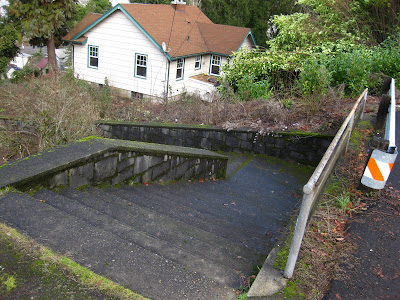 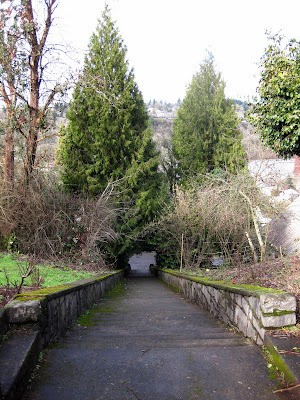 ... Emerge from the trees, hop from grind position up onto the ledge, and gap to the final 17-stepper. 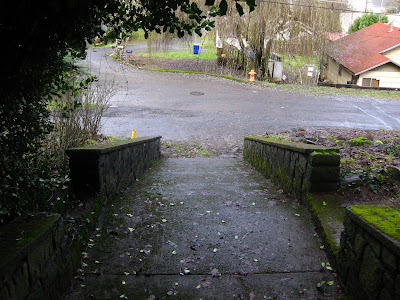 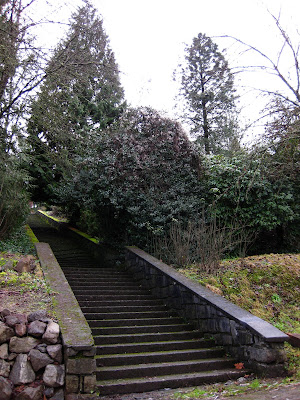