These dorky little bikes are unbelievably fun and even somewhat practical. 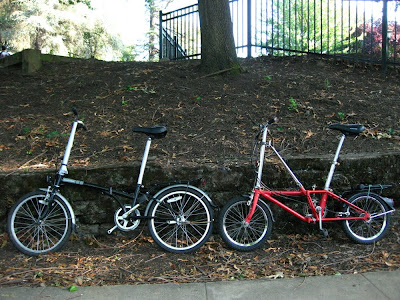 When Jaime (my wife), in search of a simple bike with upright riding position, purchased this black folder a few years ago, I became immediately obsessed with it. The tall handlebars, high center of gravity (almost directly over the rear axle), twenty inch wheels, and narrow wheelbase create a geometry that is addictively nimble and comically twitchy. Carving and swerving produce wonderfully pronounced g-force sensations; because you're sitting straight up, the full force is transmitted squarely through the seat, not the leg or arm muscles. 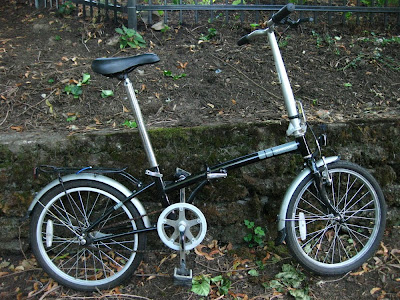 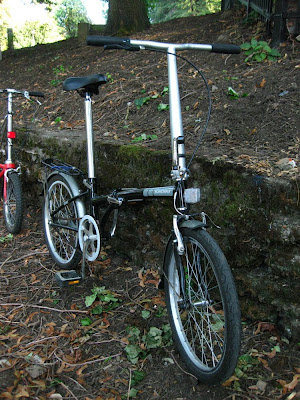 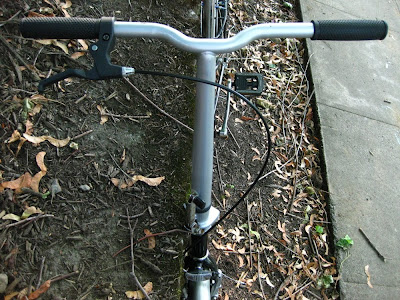 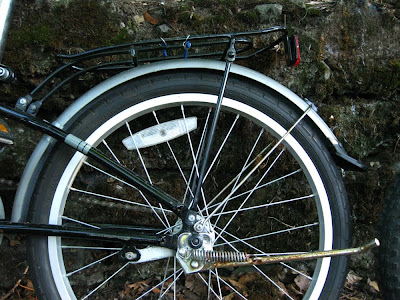 But scarcely a week had passed before Jaime wisely forbade me from riding her bike. (She caught me practicing front brake endos in her mother's driveway.) I would have to get my own.

The red bike was cherrypicked from the cluttered yard of a rural junk sculptor, who was delighted to get twenty bucks for it. The handling is even more squirrelly and thrilling than Jaime's bike, for one major reason: sixteen-inch wheels. 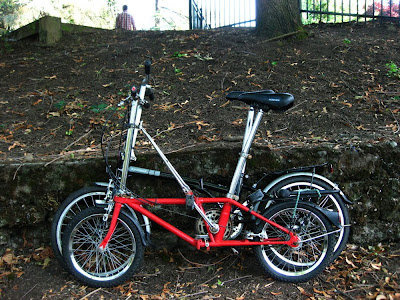 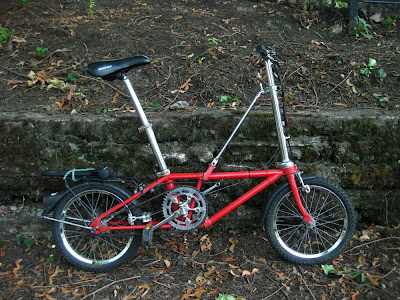 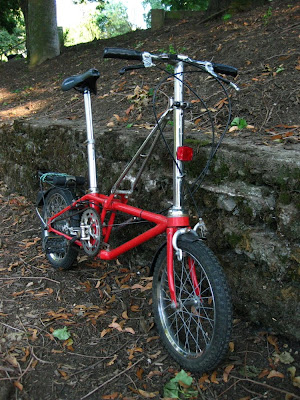 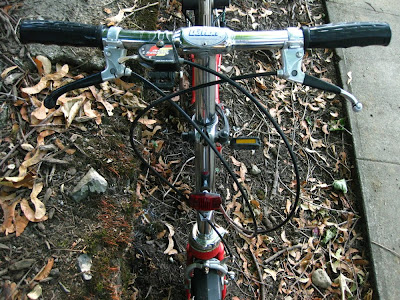 The fundamental circus bear ridiculousness is further enhanced by the bike's generally rickety condition; the complicated folding mechanism, with its countless pivots and connections, is incredibly creaky. You can clearly feel the frame flexing beneath you as you pedal. On two occasions, I've accidentally folded the bike in half while riding. 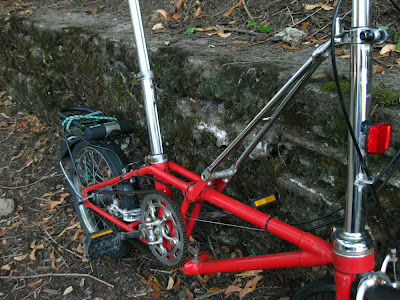 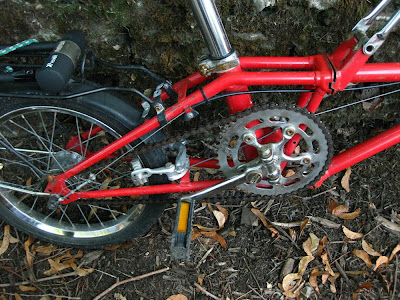 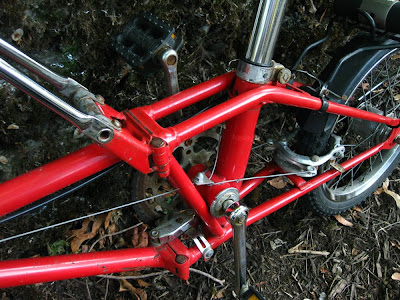 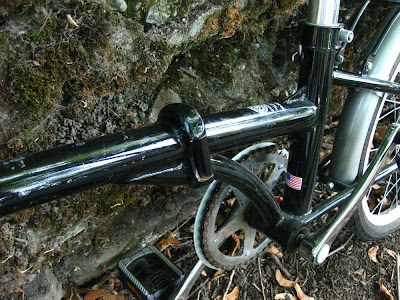 The final reason the red bike is so great is its utterly practical three-speed hub. (Jaime's bike has a one-speed coaster brake.) After a little research, I got the shifting dialed in, and the thing climbs mountains like a ski-lift.
...

My teenage brother-in-law Trey and I have been systematically exploring Portland's nether regions late at night. The foldies are so easy that we basically just pick an interesting spot on the map and ride. 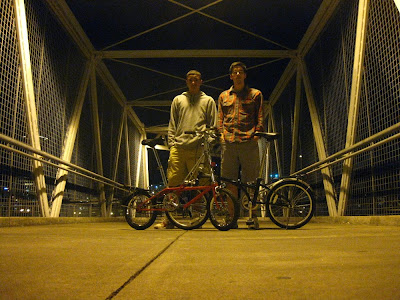 Trey on the left.

One recent evening, we were exploring the sprawling, paved, industrial peninsula on the Willamette River's East bank called Swan Island, hoping for a closer view of the massive cargo cranes looming in the distance. At the dead end of a winding road, we came upon a bewildering construction site. I stood on a bike rack and propped my camera on the fence, trying for a stable shot down the gaping maw of a strange, alien war vessel. 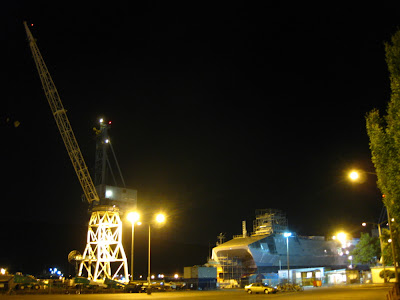 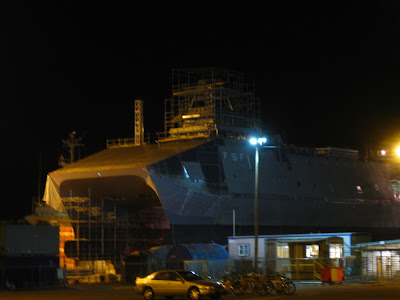 As I hopped down, security approached. "Taking pictures of anything in particular?" he asked.

"Just trying to get a decent shot of that crazy ship," I answered.

"That's a navy ship," he responded. "You definitely can't be photographing that. I'm supposed to take your camera from you now..."

But he was overpowered by our wholesome, innocent faces. "Aww, I guess it's alright," he said. "Have a good night."

We pedaled away, glowing with victory and a sudden ravenous hunger. Hit up the Voodoo Doughnut maple-bacons on our way home. 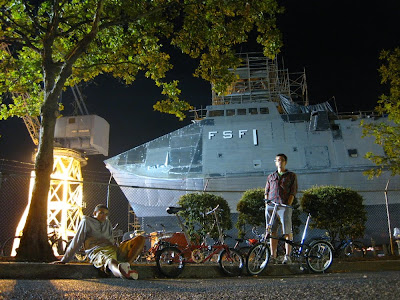 Immediately googled "FSF 1" and read all about it. The thing is awesome.

I feel pretty comfortable posting these pictures up, since it's not, in fact, classified...